In 2016, in the House of Culture of Villa De Sanctis, my photographic exhibition entitled “Diffidenze” was hosted on the occasion of the conference

It is there, on the highest point of the island, my island, Procida.
If I think about what it was and what it is now, I can’t help but imagine the eye of a beautiful woman, with a rusty needle stuck in the middle: the prison.

Once it stood proud and contemptuous, jealously guarded everything inside; today it is there, abandoned. Only the echoes of suffering keep it company, silently brought to his bowels by the souls of those who left everything there, even life.

It was not easy to look straight into the eyes at what remained behind those high walls. The emotion, the bewilderment and I would say also the encirclement, every time they attacked my senses. Then, just like they did, the prisoners, I learned to live with it. Telling through images what I felt was a two-level operation: the first related to what I saw, the second one to what I felt. It was like going down to the bottom of the sea and looking at the remains of a wreck only thanks to the few rays of light filtering from the surface. Today, I do nothing but ask myself how “recovery” could have been possible in that situation and therefore whether the only limitation of freedom could be the best solution for reintegration into civil society.

Tolstoy said: “the fire cannot be extinguished with another fire …”; instead in prison only the rule of mistrust is in force: no one trusts anyone in the name of an equilibrium that must remain as it is, whatever the cost. But are we sure that this system works? I am not here to be buonista or to side with a policy of tolerance, but more than anything else I think that perhaps the prison for society represents a sort of parking lot, where all those who committed something unmanageable must stop. SOften we face cases of crime that the social system itself has promoted.
In fact, our world unfortunately is not capable of looking inside itself, but only of thinking about how to exist today, where the law of ephemeral beauty is the only protagonist and where a work of art as a human being can be shelved by even tearing them the taste to hear his name pronounced. 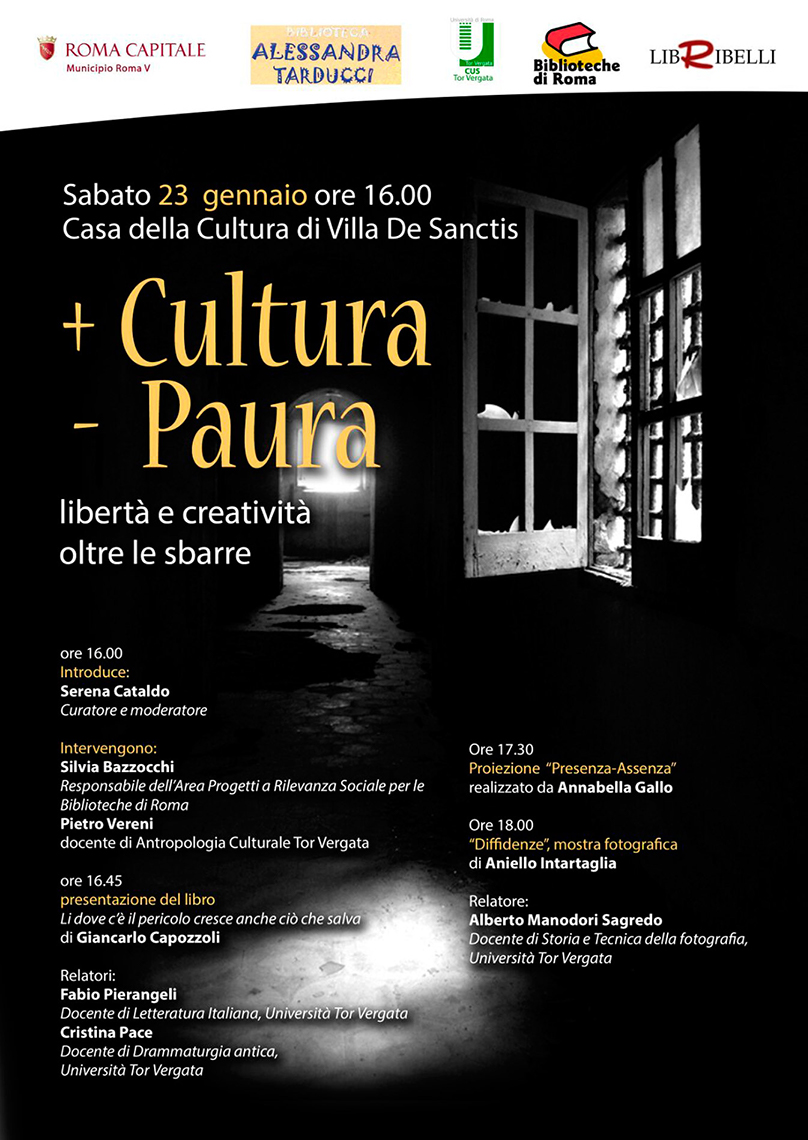