The Cartier Bresson of the East

“The photograph must be disturbing and worth remembering.”

I could not help starting this article with a quote that every photographer should, in my humble opinion, always keep in mind, like the brush in the hands of the painter, ready to slip on a white canvas to make it a moment later indelibly, another thing.
The author of this quote is FAN HO a photographer and director born in Shanghai in 1931, who gave so much to contemporary photography, collecting awards in every part of the world.
His work began to take shape in Hong Kong, after he moved there in 1948 with the whole family. In a city in full post-war turmoil.

He starts photographing with his uncle’s Rolleiflex. Around him, son of a wealthy family, there was hunger and the impatience of a population composed for a large part of refugees in search of an opportunity. But his photography shows us something else, as if it was a paradox: environments appear silent, with a discreet human presence, a painting of lights and shadows, often enriched by a dreamlike presence interpreted by the smoke of asphyxiated streets or the haze of a tropical climate.
The strength of his images instinctively leads those who look at them to find links with another sacred monster of photography: Henry Cartier Bresson. This is just an initial impression, the things in common are, in addition to black and white, the emotional force of a reality entangled in the frame, but while Bresson “fishes” from a moving river, Fan Ho is sitting patient by the lake, waiting for everything on the mirror of water to give way to a smooth and crystallized surface, shaped with the stillness of equilibrium.
His photos seem to be the result of a cinematic storeling: there is always a nostalgic taste in his shots, as he says “the street is a living theatre” in this atmosphere an almost spasmodic wait develops, able to frame involuntary actors, at a precise moment between light and shadow. 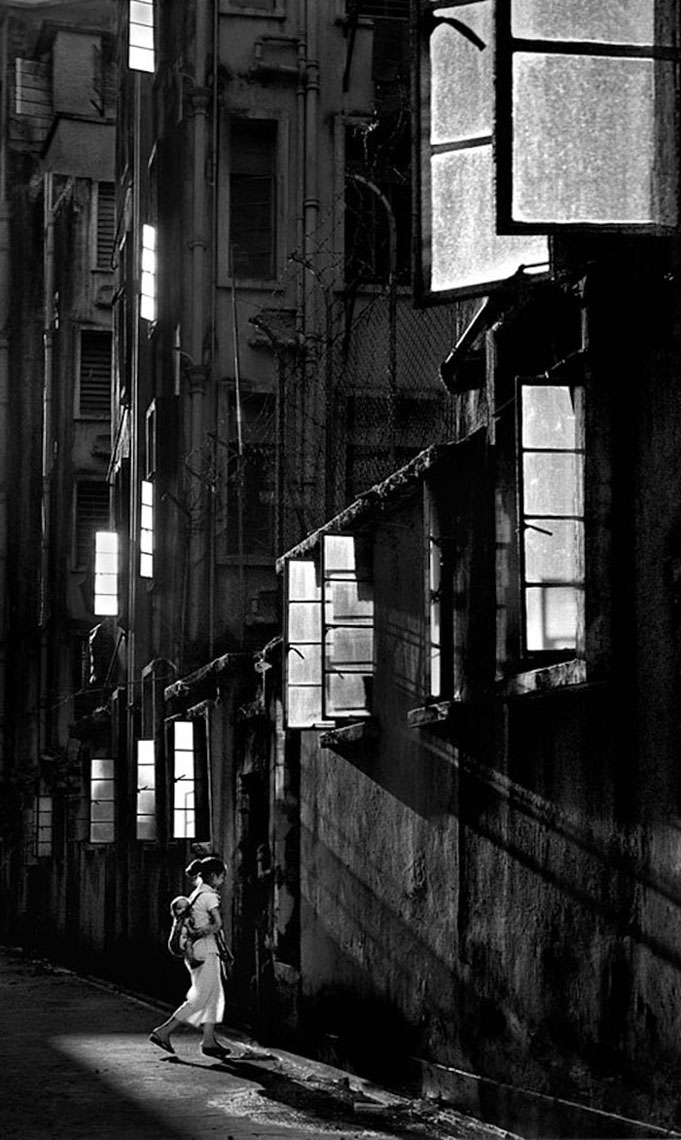 There is a three-mention note that, considering the means of the time, leaves very little room for technical analysis: the result is a vision that cannot be explained, but only admired and interpreted in respect of the author. There is so much “feeling” in each of his photos, because he shot mainly based on his feelings: a search taken from the result of the encounter of his senses with what surrounds him. To him the machine is just a mean, the real secret ingredient and the almost compulsive desire to want to tell something that emerges from his extraordinary sensitivity. 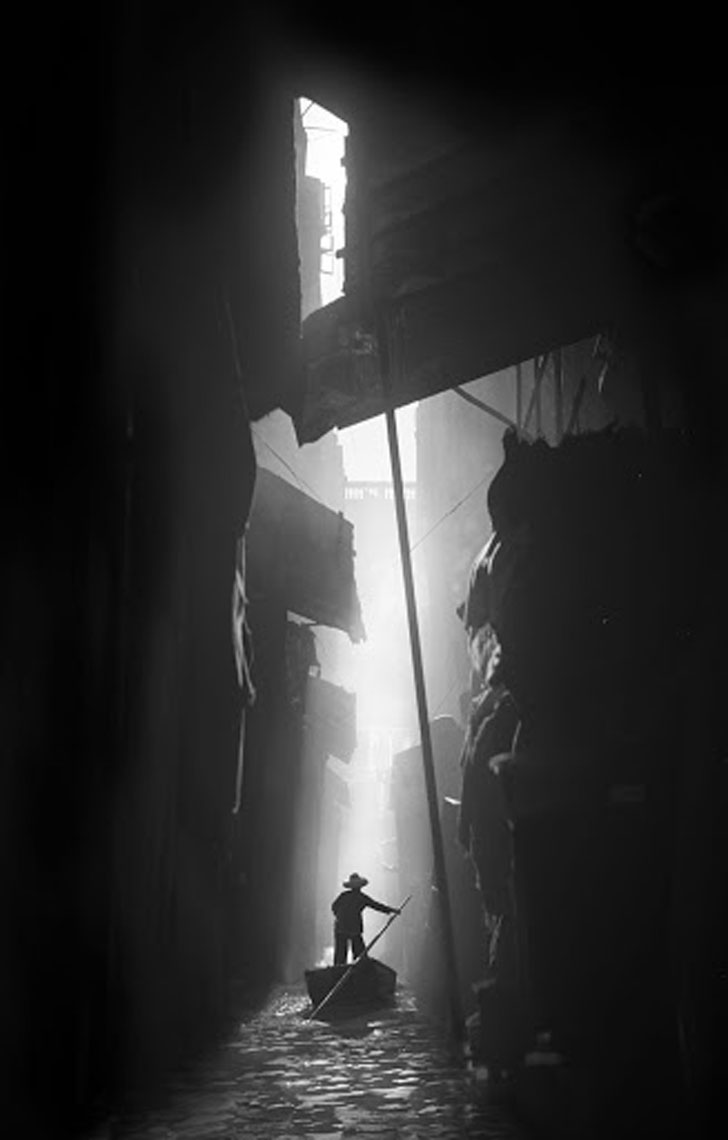 Fan Ho ‘s work today is placed in the chapter of “street photography” but I am sure that he never even thought for a moment to define his photography: he was always driven by the healthy strength of those who want to discover and show, regardless of everything else.

We tend to structure, or to sectorize everything in our society, to give the feeling that everyone is able to do or to have the same thing if you follow certain parameters, but after having deepened a little the artistic epic of Fan Ho, I believe that his images are a clear invitation, for those who engage in photography, to follow more the uniqueness of our feelings instead of the poles of technology and manual.

I invite you to take a tour on his website https://fanho-forgetmenot.com/index.html for me it was a discovery full of emotions in admiring his works.

“You must be able to grasp the moment when. the spirit, the essence, the soul of the subject are revealed. If that moment doesn’t come, you have to wait for the right feeling to happen.”